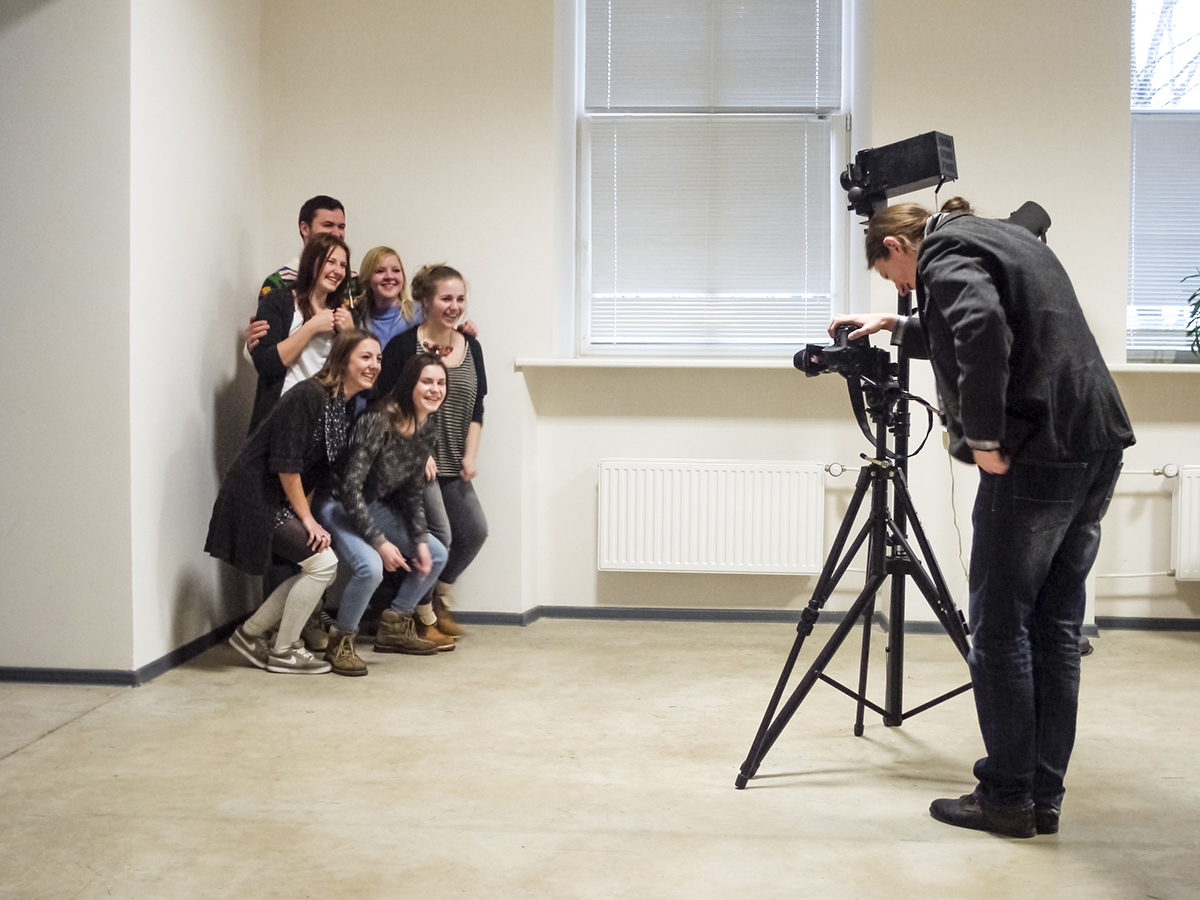 1/1000 of a happening is an interactive performance inviting viewers to participate in the process. One is being invited to stand in front of the camera to have commemorative photograph taken. Before the act itself it is suggested to adjust a transparent film accordingly to one’s will.
The outcome is multilayered photograph, in which the participant and background are covered by projected image. The process itself is imperceptible, mimicking the typical studio shot. The photograph is the only record of the projection as short as 1/1000 of a second.

Sincere thanks
to authorities and employees
of Vilnius College of Technologies and Design
for warm welcome, possibility of realization of the exhibition
and assistance during the entire process. 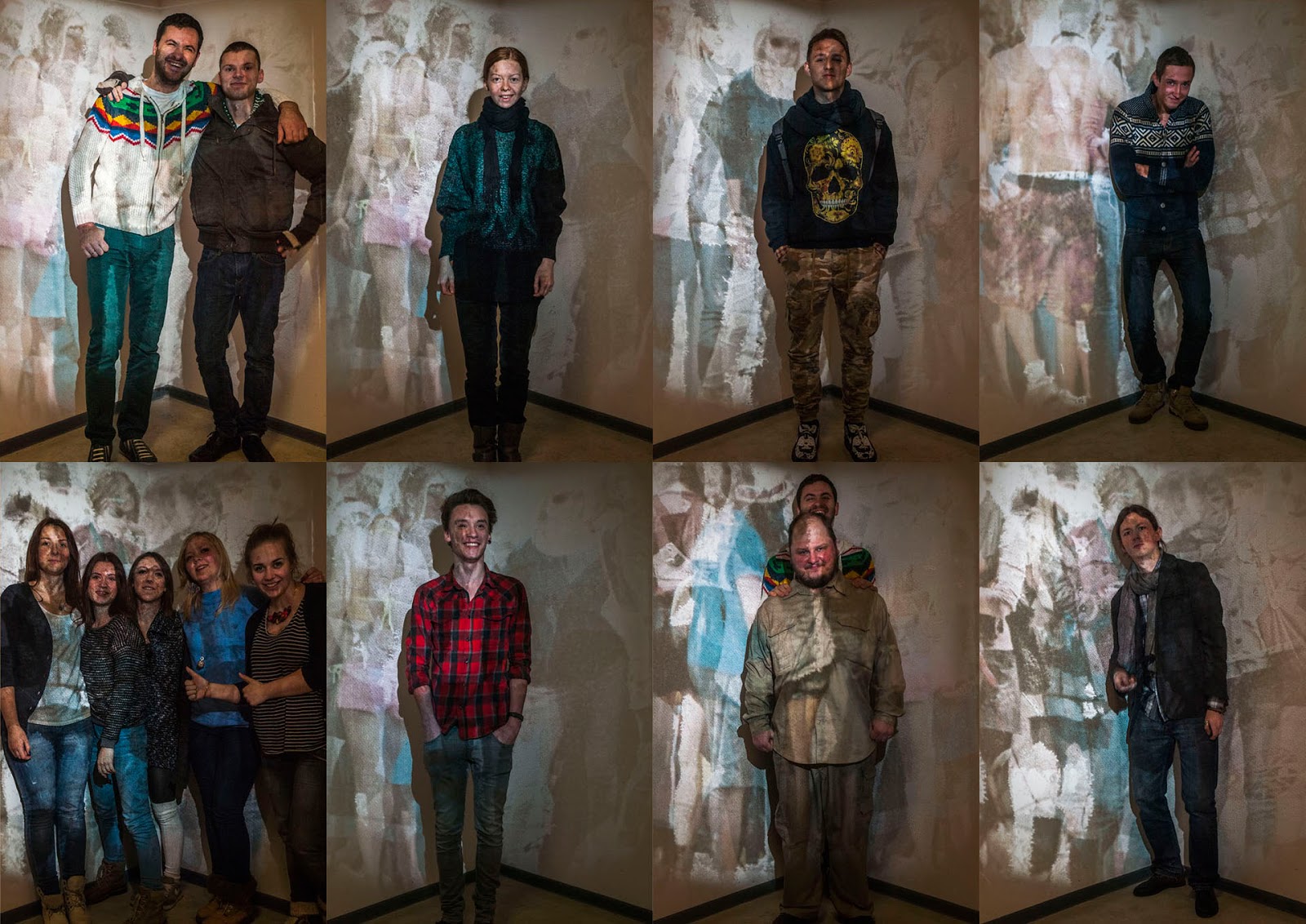 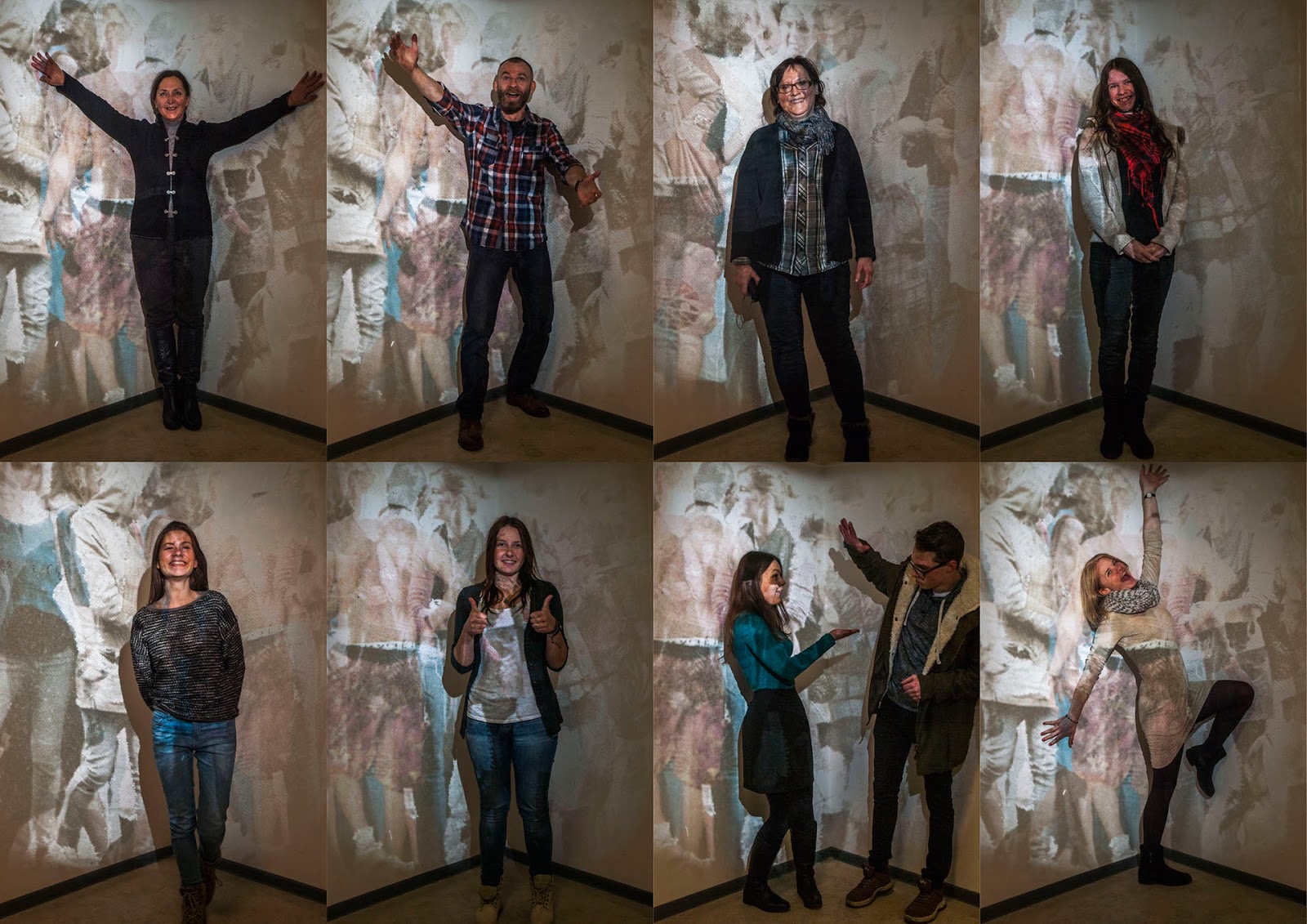 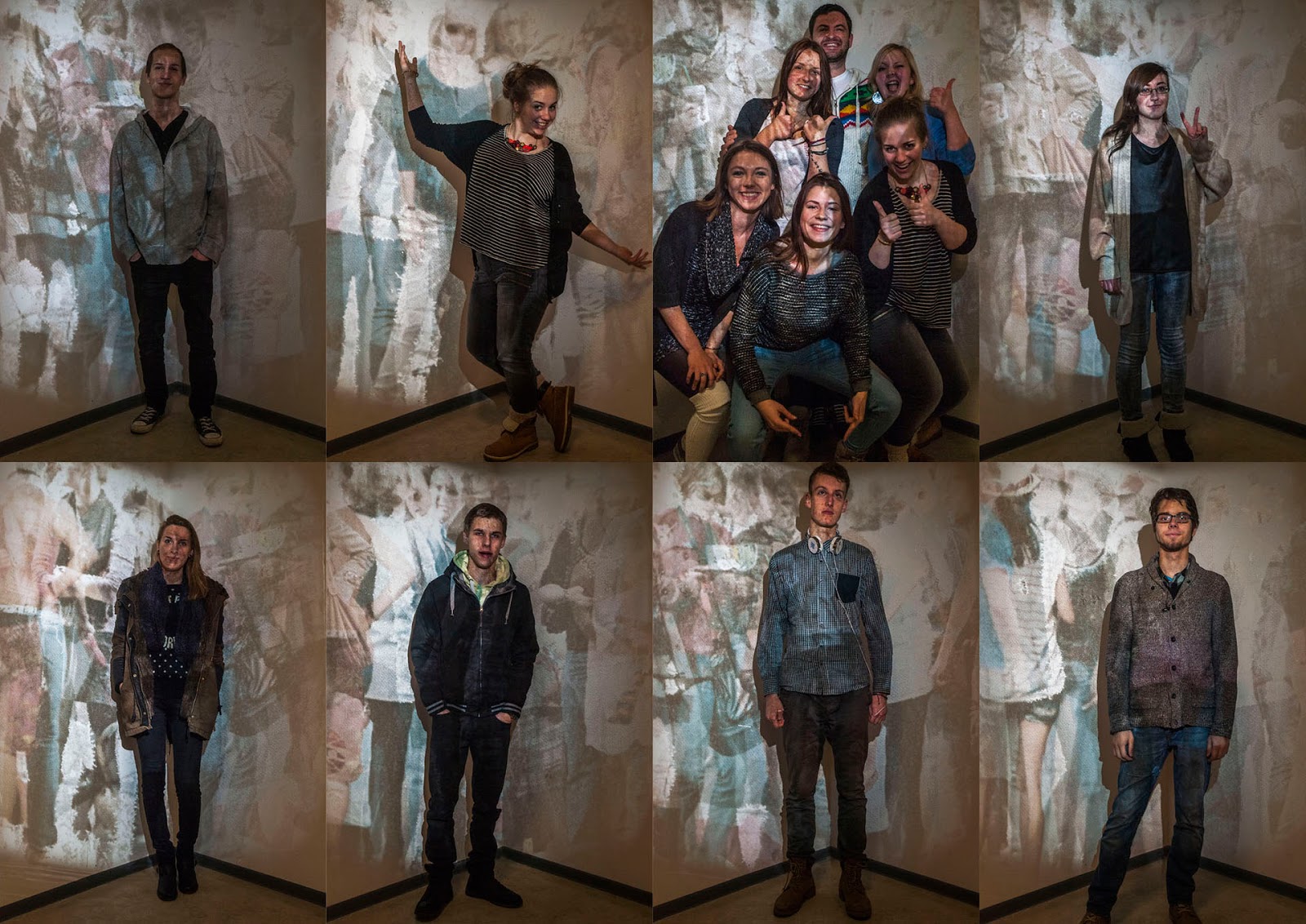 Exhibition realized during the internship in the project
“Raising the potential of universities as a factor in the development of knowledge-based economy”
financed under the Human Capital Operational Programme cofunded by the European Social Fund.

Popular posts from this blog

January 19, 2013
to disappear  Description:  In a painted room every 15 seconds flash captures for a moment a shadow of the audience moving around the hall. What is more, the visitors, in addition to their primary role as the recipient of art, become also a co-author of an art object. The undertaken problem of a temporary commemoration relates to existentially marked questions about a human beings, physical existence, and finally the disappearance, when after the momentary perpetuated sign, it dissipates, leaving space to next entities. Unicell Poland , owner of Primacol brand, manufacturer of Neon paint helped to create the installation 'to disappear'. Here you can read the full text of  Plexus Solaris  by Dorota Perszko [polish version only]. znikać Opis pracy: W pomalowanym pomieszczeniu co 15 sekund lampa błyskowa utrwala na moment cień przemieszczającego się w obrębie sali widza. Zwiedzający, prócz swej podstawowej roli odbiorcy sztuki, staje się współtwórcą obiektu artystycznego. Pod
Read more

Spirit of the Factory [Hajnówka:Poland]

The Faces of the Circle
Oblicza koła

Spirit of the Factory
Duch Fabryki